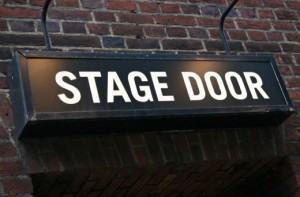 In an empty theater, an actor stands on the stage overlooking a row of men and women seated in the audience.   These are the decision makers who will decide if he is cast in the play.  The director.  The choreographer.  The producers.

The actor is on the last phase of what has been a grueling and lengthy audition process.  First, was the song.  Second, the dance.  Third, a prepared monologue.  And now, a cold reading from the play in which he wishes to be cast.  He desperately wants the part.  This is the role he’s prepared for, and he knows he can do it.  And he thinks he’s proving it moment by moment, with a live demonstration of his talent.

Across town, a woman sits at a table in a narrow and lush boardroom.  She faces a long row of men and women seated directly across from her.  These are the decision makers of the company for which she anxiously wants to work.  The Senior Vice Presidents of Operations, Finance, and Human Resources, and the CEO.  This is the last of many interviews spread out over the previous weeks.  She desperately wants this job.  This is the role she’s prepared for, and she knows she can do it.  And she thinks she’s convincing them moment by moment, with artfully crafted answers to their challenging and probing questions.

Which group of decision makers is likely to make a good hiring decision?  The theater producers or the business executives?

First, let’s consider the theater producers.  Typically, when actors want a part in a play, they audition.  This entails a live demonstration of their skills.  The audition process enables the director to assess the actor’s performance-ability.  It helps them answer the simple questions “Can they do this part?” and “Can they get the results we need?”

In the end, those who can’t play the part, are not cast.  Those who can, are.  This is a must, considering the stakes: Audience response. Critics reviews. Box office numbers. Profit.

What actors do not do as part of this process is an interview. They don’t talk about their ability to act. Instead, they act. Right there. In front of people. With the pressure on.

Now, let’s consider the business executives.  Typically, when an individual aspires to a new leadership role in an organization, the go-to decision-making strategy is an interview, where both the hiring manager and the applicant engage in multiple rounds of questions and answers.  In most cases, each must rely on the other’s question-asking and question-answering abilities.  A great deal of trust is extended that the right questions are being asked, and that the answers are a true and complete representation of reality.  Add to that a side helping of instinct, and you have a recipe for chance.

This hiring process is a risky endeavor, and the same stakes apply as in the theater example: Employee engagement.  Customer reviews.  Revenue.  Profit.

But, the cold hard truth is that little performance proof is offered in this standard approach to hiring leaders.  What’s the track record on accurately predicting an individual’s performance-ability solely based on a series of questions and answers?  Not great.

With such high stakes, why do we take such an incomplete approach to hiring leaders?  And, as aspiring leaders, why do we allow ourselves to rely on this imperfect assessment process?

What if, instead, we auditioned for our leadership positions?  What would that look like?  And what results would we achieve?  How do we set the stage for a leadership audition?  Absent a stage, a script, and a piano, what can the aspiring leader do?

Get out there and perform

Aspiring actors act.  Those who truly want to make it in the theater, keep working.  They seek smaller, local productions until bigger opportunities come around.  This builds experience, sharpens their skills, and gives potential casting directors the opportunity to see them in action.

Aspiring leaders lead.  Those who truly want to make it in leadership, seek leadership roles on special project teams, committees, boards, etc., both inside or outside their organization.  This builds experience, sharpens skills, gives potential hiring managers opportunities to see them in action.

Both settings also offer a safe place to grow.  First time actors and leaders will make mistakes.  These smaller, lower-stakes environments are great training grounds for trying new things and sharpening skills.  So, when the actor/leader is discovered, they’ll be ready.

Get a fan club

Aside from the potential exposure to future casting directors and producers generated by staying on the stage, actors also build a reputation and a fan club.  Producers want actors who’ll bring an audience.  Some actors get cast on their reputations alone.

But, fans aren’t generated only by being on stage.  The performances have to be good, and the actors have to give the fans what they want: time and attention.  Many an actor’s reputation has been hurt by ignoring the fans who want their autographs at the stage door.

In a business setting, the fan club is made of up people who will happily serve as advocates, champions, and referrals, when given the opportunity to do so.  Better than selling ourselves in an interview, is someone else doing the hard work of touting our value to the people in their networks.  Hiring managers want known commodities, not random names on resumes.

In a business setting, fans are created by both, doing good work, and by helping others.  An aspiring leader doesn’t only help themselves.  They volunteer their time and attention to the causes of others.  Be an advocate and champion first, and watch the fan club grow.

In closing, walking through the Leadership Stage Door takes more than an interview.  It takes seeking and seizing opportunities to lead, and generating a great leadership reputation, by doing great work and helping others.

Have you ever auditioned for a leadership position?  If so, what did that look like? 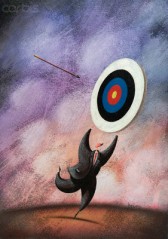 Leadership is a moving target.  Try nailing it down and you may be looking for the nail remover in no time.  I heard someone say once that “leadership is one of the most observed and least understood phenomena on earth.”

But does it have to be? Can you take the mystery of out it?  Read my Lead Change Group post for three things organizations can try to create a leadership culture:  Want a Leadership Culture?  Try This. 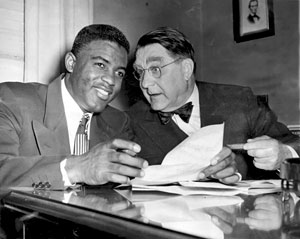 I saw the movie 42 recently and was struck by the leadership lessons it contained. Not just from Jackie Robinson, but also from this other guy named Branch Rickey. Before this movie I had not heard of this man. And that’s a shame. Because he was truly a charismatic and transformative leader. He had guts.

Read my Lead Change Group post Leading Like Rickey for more on what Branch Rickey did and the two leadership lessons he taught me. 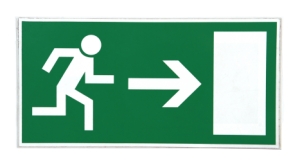 Have you ever been surprised by what your employees said about you on the exit survey?  Didn’t see it coming?

If you work in leadership it is likely you are familiar with the assertion that employees leave their managers, not their companies.  The claim is you may work for the greatest company in the world, but if your manager is lousy then you are not long for the door.  Whether backed by scientific research, personal experience, or gut, most agree this claim is true.

But if we are blind to how our leadership style is distressing an employee, then we are not in a position to fix things.  As a result, we lose good people.  And let’s face it, we all have blind spots.  We may think everything is coming up roses, but in reality our employees are only feeling the thorns.

So, what can we do about it?

For a simple four-step strategy for avoiding the exit survey blind-side, and keeping good people, read more from my Lead Change Group post on What Employees Will Say About You On the Exit Survey.