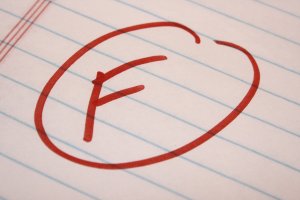 Today is the one-year anniversary of the passing of a success icon, Steve Jobs.   Jobs is remembered for his innovation and changing forever the way we compute and consume information.  He left an indelible print on the world.

Arguably he was a hugely successful individual who died at the top of his game.  Because of Jobs, the letter “i” has a whole new meaning.  But it wasn’t always i-this and i-that for Jobs.  He had his fair share of the “f word”…failure that is.  Sure, we can learn a great deal from Jobs’ successes.  But that’s too easy.  What can we learn from his failures?

In a June 12, 2005 address to Stanford University graduates, Jobs reflected on his life lessons.  He talked about his early years when he founded Apple at 20 and how in the next 10 years, he and fellow co-founder Steve Wozniak grew the business from two people in a garage to a $2 billion company with 4,000 employees.  But that’s where it gets interesting.  When Jobs turned 30, he left Apple because of a failed product launch (remember Lisa? That’s okay – hardly anyone does) and a divergence in vision with his board of directors.  To quote Jobs, “So at 30, I was out. And very publicly out. What had been the focus of my entire adult life was gone, and it was devastating.”

But Jobs was going to be ok.  He went on to succeed again with Pixar which gave the world its first computer-animated feature film, Toy Story.  During that time, he also met his wife.  Jobs later returned to Apple and the rest is history.  Reflecting back, Jobs observed, “Getting fired from Apple was the best thing that could have ever happened to me.”

In an August 2011 article from NationalReview.com, Nick Schulz explains further: “Jobs failed better than anyone else in Silicon Valley, maybe better than anyone in corporate America. By that I mean Jobs did what only the greatest entrepreneurs can do: learn from their failures.”

What can we learn from Jobs’ failure-to-success story? We waste some of the most important opportunities for individual and organizational growth when we fail to reflect on and learn from our own failures.  Perhaps not taking the time to do so impedes our growth trajectory.

In an April 2011 article from the Harvard Business Review, “Strategies for Learning from Failure,” Amy C. Edmonson offers up the following ideas:

Leaders need to recognize that failures occur on a spectrum from blameworthy to praiseworthy … Although learning from failures requires different strategies in different work settings, the goal should be to detect them early, analyze them deeply … But if the organization is ultimately to succeed, employees must feel safe admitting to and reporting failures.  Creating that environment takes strong leadership.

Pick it up.  Correct it.  Learn from it.  Succeed.

Fours simple questions to help us learn from a failure:

When have you failed?  What did you learn?

Practicing the arts of civility, leadership, positivity and fun! View all posts by alanderekutley